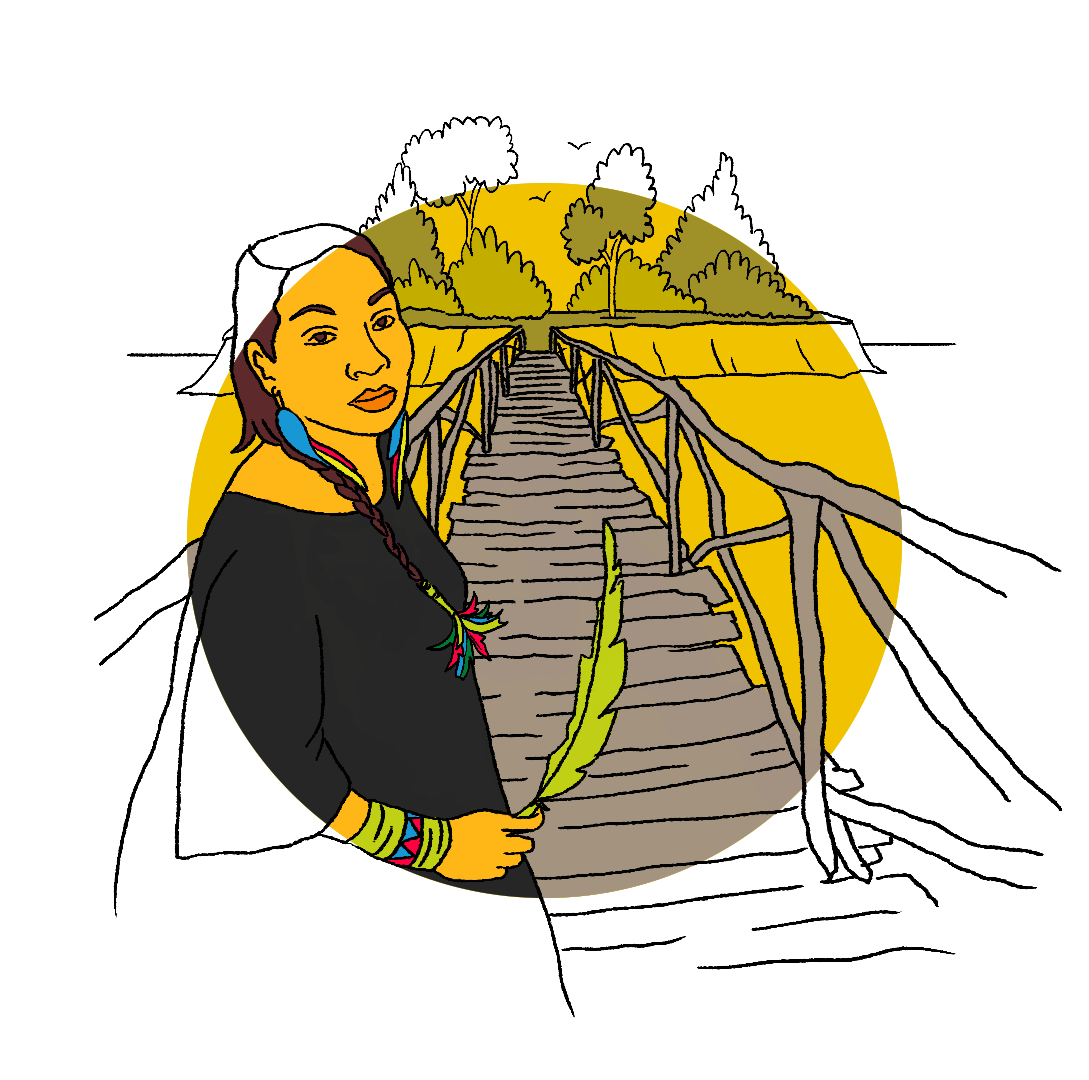 Madison Wells is an independent, medium-agnostic production company with a specific focus on telling stories for, by and about badass women and people who love pushing boundaries. In an ever-evolving media and entertainment landscape, we realise that change is the only constant. As such, a hallmark of the company has been to creatively adapt to the market and utilise a nimble approach to development and financing that takes advantage of both nonprofit and for-profit structures.

As producers, it is our job to turn obstacles into opportunities for creatives so that their vision and stories can live on. We find that the most successful creative partnerships are those that involve a high level of trust. There are several examples of this over time, but two of the more recent examples that we want to focus on are a project called Awavena and an investment partnership we have with a company called Breakwater.

Having worked with Lynette Walworth on her first virtual reality (VR) documentary, Collisions, we knew that she had a unique ability to tell impactful stories in this medium. Her work was being seen at the World Economic Forum in Davos and was helping world leaders rethink land use rights. However, a financing model for VR has not yet evolved, with foundations and not-for-profit funds largely the only options. When Lynette, with her producing partner Nicole Newnham, set out to direct her second VR piece, Awavena, the fundraising was difficult, and they had a shortfall of US$30,000.

With Collisions, we had helped the team find foundation money, but this project was different. It was clear to us all that the story, about the first female Shaman in a village in the Brazilian rainforest, could be a full-length film. I had always admired the films that Pixar made and thought this one could be developed in that vein. We took a risk and put for-profit dollars into the project so that Lynette and Nicole could finish it. With our right to produce an animated feature agreed, we set out to find a partner in that space.

The strength of Lynette and Nicole’s VR piece (which went on to win an Emmy) enabled us to attract an award-winning animation producer, Darla Anderson (Coco, Cars 2). She was the perfect partner for this story as she understood, at her core, how to work with stories from other cultures and how to nurture the authenticity in that story. She had the animation expertise that none of us had and was able to help bring the project to a premier distributor. And now, with some more time, hard work and good luck, what started as a VR documentary will become a full-length animated film. The community in the rainforest, as well as Lynette and the other members of the team, will all recognise more monetary benefit, and this important story will achieve a bigger world stage. The mechanics were far more complex and time consuming than most direct-to-film projects, but Awavena serves as an example of how creative problem solving can result in greater financial gains and audience building. This kind of nimbleness requires trust from all parties, and that does not always happen.

The second example is an investment in a short-form branded content company called Breakwater Studios, with a very talented director, Ben Proudfoot, at the helm. Ben had created a stable business through branded content, but his goal was to grow and be able to create original content. Madison Wells saw the growth in the branded content space and felt that, with support and structure, the business could eventually generate enough income to start investing in original content. We created a structured, tranched investment and supported Ben with a board. We helped Ben to expand the branded business and knew that some originals would serve as a marketing tool for the company in the short term and position Ben as a creative force in the long term.

Over the last four years, this strategy has been borne out in a multitude of ways, with the investment allowing the company to expand and diversify its branded client base. Ben has an ongoing partnership with New York Times Op-Docs, resulting in multiple award-winning, short-form original films, including one Oscar-nominated project and one that was recently acquired for development into a full-length feature. Breakwater maintains derivatives in these projects, which have value in conversion to long-form film/TV projects with mainstream distributors. Breakwater fulfills more of our mission-aligned goals by partnering with Ghetto Film School and others, making this an investment in best-in-class teams and in pro social change at the same time.

As these examples show, being a long-term-aligned partner with patient capital and nimble thinking allows us to take risks upfront, with an eye towards sustainability for ourselves and our partners in the long term. It also allows us to support creative people as they find new ways to tell important stories. 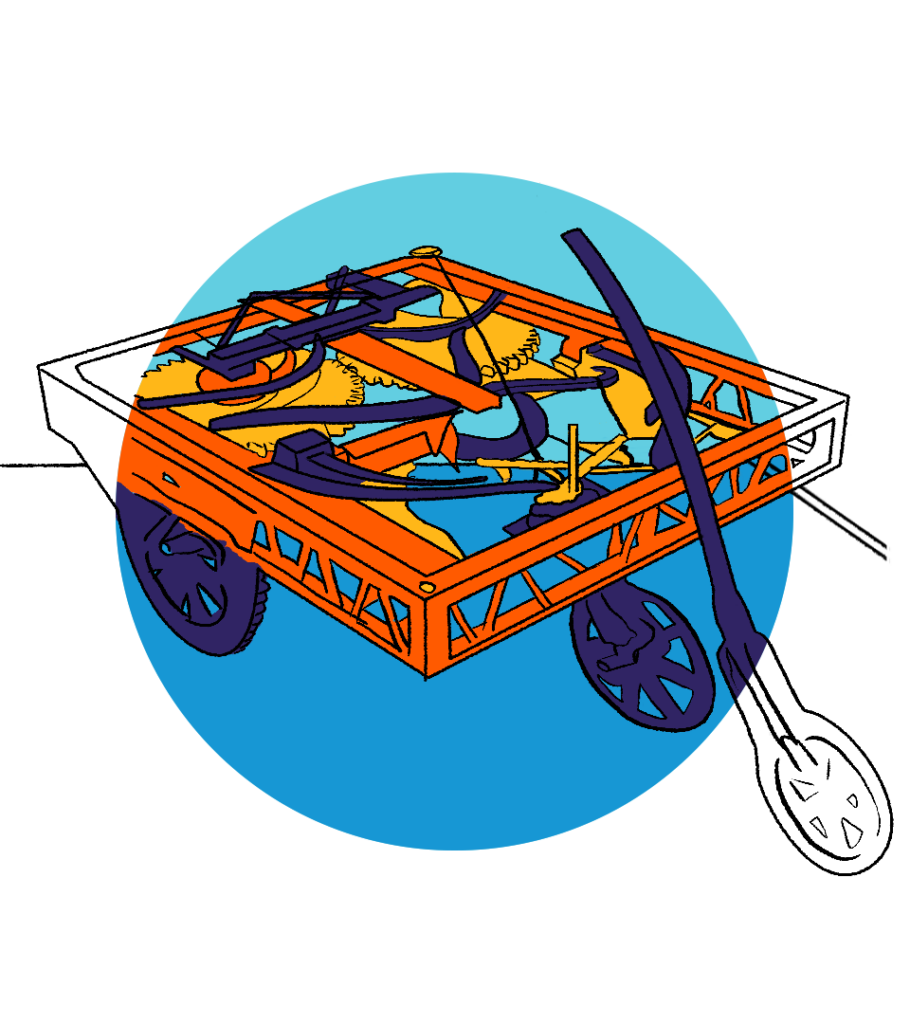 Intellectual property: The assets of the creative economy