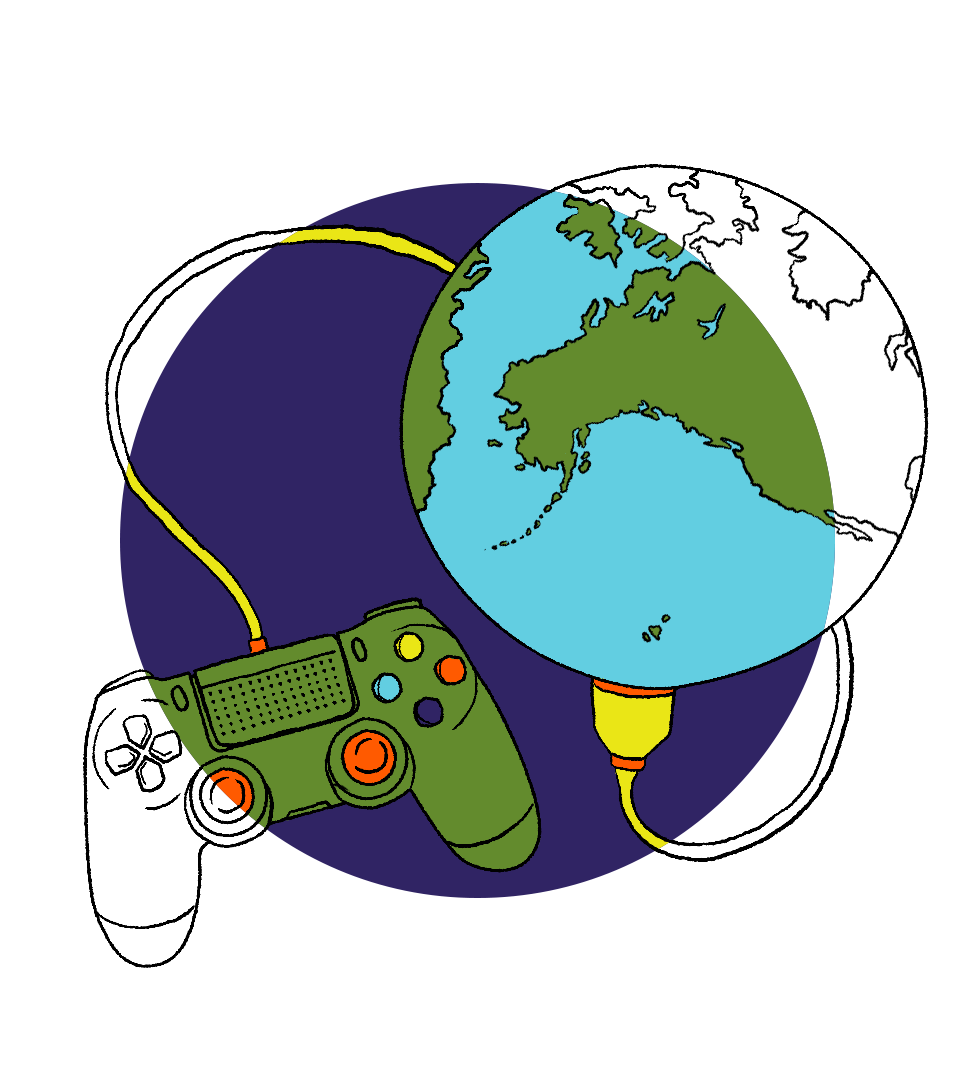 In today’s rapidly changing, digitally infused and increasingly complex world there is a growing concern that youth are becoming disconnected from their culture, heritage and the timeless wisdom of their elders. Those voicing this concern often point to the rapid growth of video games as one of the culprits of the phenomenon. This is especially true since the depiction of minorities, indigenous peoples and other under-represented communities in commercial games is often appropriated, mindlessly sampled or outright caricatured.

But can this incredibly powerful medium be harnessed to explore cultures from around the world in an authentic and meaningful way? Can the billions of highly engaged hours spent playing (and watching) video games be harnessed to connect gamers with cultures around the world as well as their own culture – and could this also be commercially viable in a very competitive marketplace?

We strongly believe that the answer is yes – but also recognise that it is not easy. Leveraging the unique power of this medium requires multi-stakeholder partnerships among experienced, proven game developers who can navigate the unique challenges of game development and publishing along with diverse groups of elders, youth, storytellers, artists and community members who can collectively represent a community’s voice and culture.

As with the transition from oral to written stories, interactive digital games represent a fundamentally different form of storytelling. Digital games are participatory and player-driven. They give players agency to step into different roles, confront complex problems, make meaningful choices and explore the consequences of various choices and strategies. They are active, not passive. They are immersive and interactive. Players can fail safely and get feedback from the game, peers and mentors. Games therefore present great opportunities – and great challenges – for extending, enhancing and transforming the art of storytelling, especially when tackling deeply resonant cultural themes.

At E-Line Media, we first explored the idea of celebrating and extending culture through video games with Never Alone (Kisimia Ingitchuna), a game developed inclusively with the Cook Inlet Tribal Council (CITC), a pioneering Alaska Native tribal organisation. Seeking to create unrestricted revenue streams as a form of self-determination, CITC decided to pursue mission-aligned investments that celebrated their culture, stories and language. They also wanted to inspire Alaska Native youth, as stewards of their future. E-Line and CITC engaged in an inclusive development process and together went on a two-year journey to create the game.  Never Alone is not a game made about the Alaska Native people, it is a game made with the Alaska Native community.

The game explores a story passed down through the oral storytelling tradition, is in the Inupiat language, and features 26 ‘Cultural Insights’ (mini-documentary videos) that get unlocked through gameplay. It is a two-player, cooperative puzzle-platform game that reinforces the core themes of interdependence, intergenerational wisdom and resiliency – attributes that have enabled Alaska Native people to survive for thousands of years in one of the harshest (and most beautiful) places on the planet.

Never Alone touched a nerve globally. It’s been downloaded over 4 million times, featured in over 1,000 articles (including the Guardian, BBC, NPR, the New Yorker, LA Times and many others), selected for over 75 best of year lists and nominated for virtually every major game award, winning a BAFTA (British Academy of Film and Television Arts) award and Game of the Year at Games for Change.

The game is profitable, and CITC has converted its revenue participation in the game into equity in E-Line, becoming E-Line Media’s largest shareholder. E-Line and CITC formed a joint management team, with CITC’s CEO becoming E-Line’s executive chair and CITC’s CFO taking over the finance role at E-Line.

Although the primary channel for the game is through consumer entertainment platforms, Never Alone has also been distributed with a classroom guide to all school districts in Alaska, and classrooms throughout the world, from grade school to graduate school, have incorporated the game into their curriculums. The game has been showcased in many museums, including the Denver Art Museum, the Heard Museum in Phoenix, the China Academy of Fine Arts and the Smithsonian.

The impact goes beyond the game itself. CITC and E-Line continue to deepen their reciprocal partnership, and are now developing a sequel to Never Alone and a possible movie based on the game. Together, we hope to partner with other communities through this inclusive development process to create a series of ‘world games’ that can help bring underrepresented voices and perspectives to the medium.

Another outcome of the partnership was recognising the need for impact investment models that enable investors with an interest in harnessing the power of games for positive impact to share risk, partner with creative talent and achieve some level of portfolio diversification. Together with CITC, we are inviting other impact investors to join our mission-aligned investor group through equity-based investments or through revenue-interest vehicles. These revenue-interest vehicles enable funders to see returns from their investments directly from the revenue of a single game or mission-aligned portfolio of games, without incurring the liquidity or exit risk that comes with equity investments in private companies. Our work with CITC has brought together a diverse set of investors, including other indigenous organisations, foundations, non-profits, family offices and other early-stage investors, around an aligned mission and a belief in using market mechanisms to make positive impact.

As games evolve from games-as-product (games one plays and finishes) to games-as-service with social gameplay (games that build communities and become social spaces), there is a great opportunity to create culturally infused worlds that inspire curious gamers not only to explore other cultures, but also to explore, share and reflect on their own cultures. In addition to making games inclusively, we also support youth game-making programmes to help cultivate a more diverse workforce across the industry and ensure that, in a generation, every community will be able to make commercial games representing their own cultures.

Across the planet, we spend over 3 billion hours a week playing video games and billions more watching them being played. Impact investing in commercial games that explore, extend and share cultures is a powerful way to leverage this considerable time and energy to make sure rich cultures that have sustained themselves for thousands of years are authentically and evocatively represented through the newest technologies and entertainment mediums. 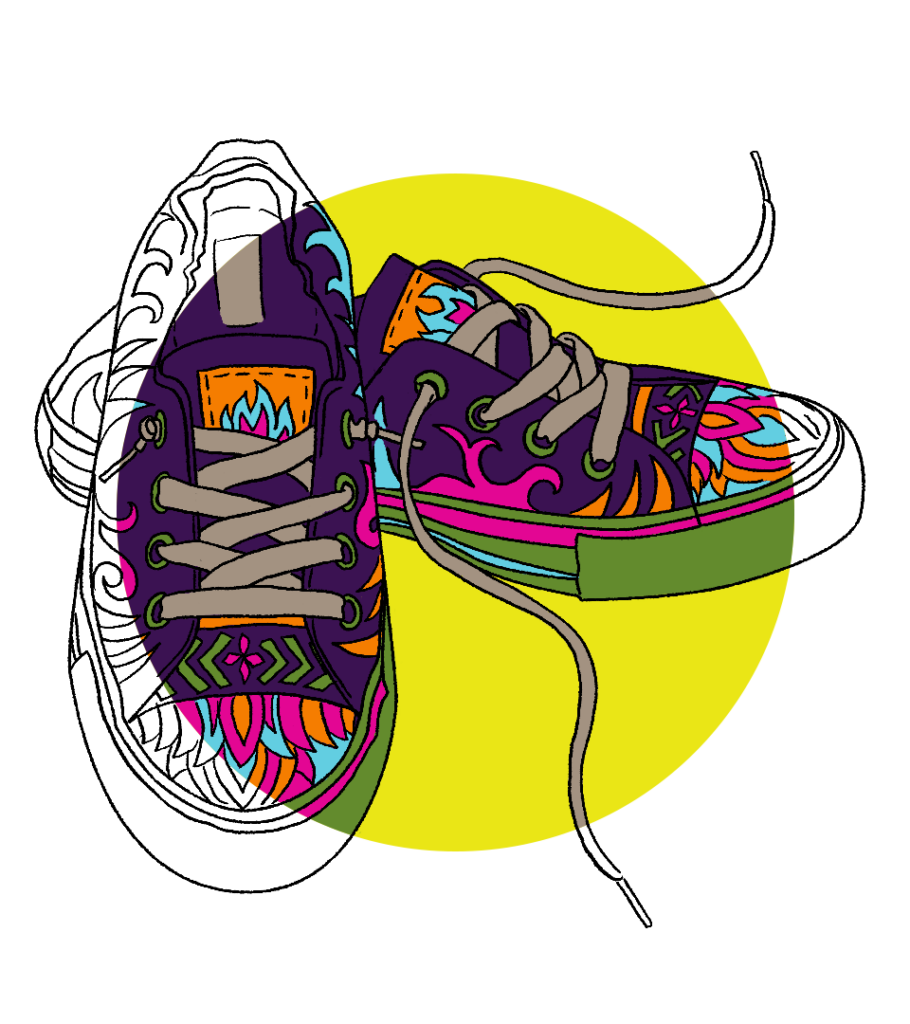 This has no title. That’s exactly why you need to read it.