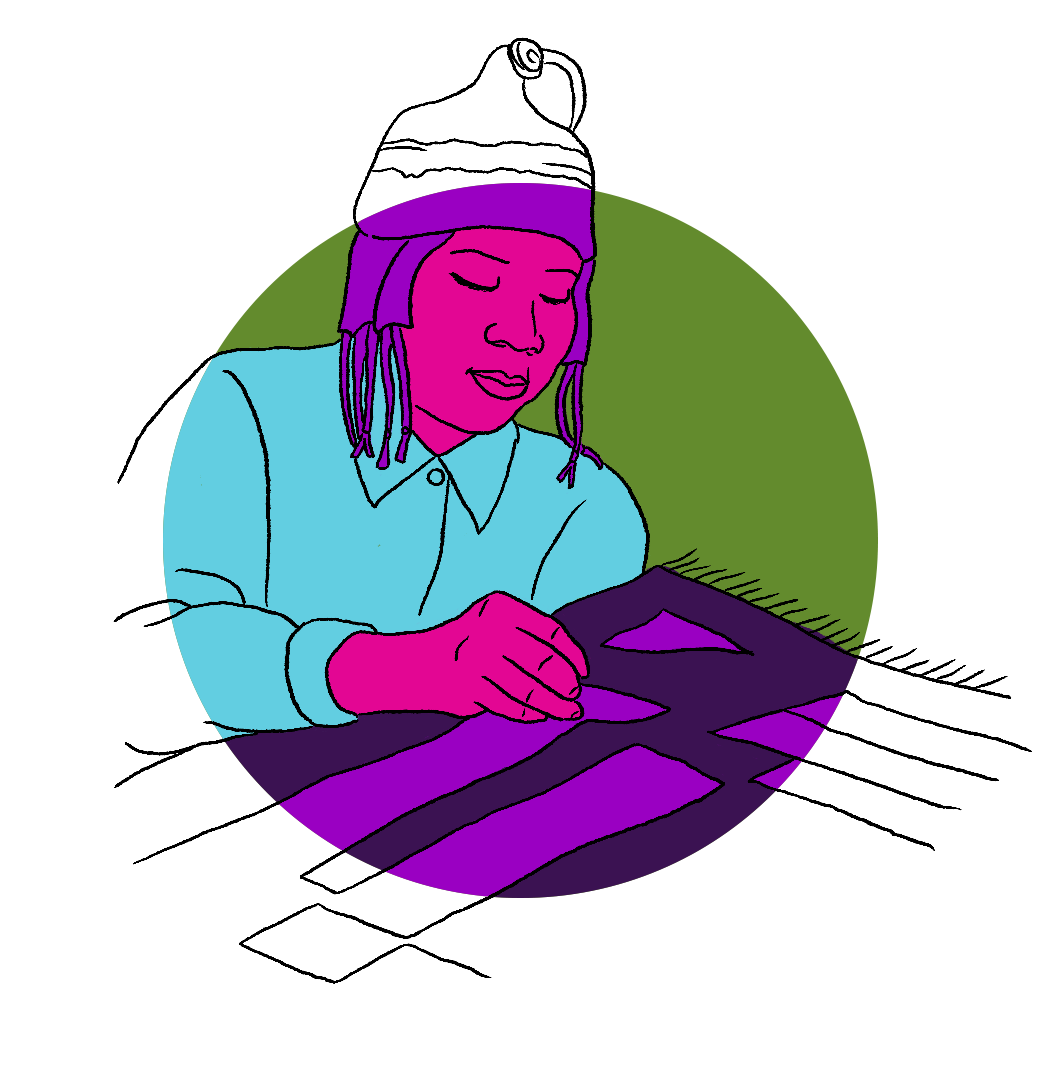 The art world is at times hermetic and self-referential. Museums, artist-endowed foundations, commercial galleries and art fairs can resemble a never-ending carousel of party-going collectors, curators and dealers.

Behind the glamorous facade of the art world are newly urgent challenges. Decades-long resentments about the privileged classes dominating the creative sector have boiled over. And today there is no hiding the fact that the art market – the largest unregulated legal market in the global economy – is a preserve of wealth, speculative investment and vanity.

In 2002, the much-heralded exhibition The Quilts of Gee’s Bend opened at the Whitney Museum of American Art in New York City, and the ground began to shift beneath the largely market-driven art world. Dozens of textile masterworks by rural women not yet invited into blue-chip galleries took their place on the walls of one of the leading contemporary art museums globally. New York Times chief art critic Michael Kimmelman departed from his traditionally measured tone, describing the quilts as ‘some of the most miraculous works of modern art America has produced’.

The quilters responsible for these works were direct descendants of slaves on the plantation maintained by Joseph Gee. They still bear the names of slaveholders from before the American Civil War. But unlike those who migrated elsewhere in the United States in the course of the last century and a half, these women remained near their birthplace, subsisting in relative obscurity while turning out works of genius in fabric, generation after generation. Life in Gee’s Bend is still a daily challenge, with rudimentary utilities, minimal infrastructure and employment opportunities, and next to no commerce or tourism.

Eight years after the Whitney’s exhibition, the collector William S. Arnett donated 1,300 objects from his extensive collection of works by Black artists from the American South to create the Souls Grown Deep Foundation, a non-profit dedicated to writing the long-neglected history of creativity across the Black Belt. Works by the 160 artists represented in the foundation’s collection had already been circulating in exhibitions, including the display at the Whitney, but were now placed in the hands of a charitable organisation dedicated to permanently altering the canon of art history to include this unheralded tradition.

In 2019 Souls Grown Deep’s board chair Mary Margaret Pettway, a fourth-generation Gee’s Bend quilter, approved our rededication to a social purpose as well as an art historical one, by creating the Souls Grown Deep Community Partnership. This new parent organisation, with the foundation serving as a supporting organisation, began seeking ways to have an impact on the communities that gave rise to the artistic accomplishments of so many across the southeastern United States. We started making grants that were paid for by selling artworks on a discounted basis to top-tier art museums.

But it was not until the Community Partnership met with Upstart Co-Lab’s founder Laura Callanan that we saw the transformative potential of impact investing. Our board of directors was immediately intrigued by her elucidation of both the moral coherence of directing our resources thoughtfully and the competitive performance of funds and enterprises firmly lodged in the impact investing sector.

With her help, we directed 100% of our small endowment towards values-aligned decisions. We focused on supporting projects that are stimulating the creative economy in rural Alabama. Creating a resale royalty award programme providing direct financial benefit to artists. Setting up a small resource centre in Gee’s Bend to support voter registration, even as narrow-minded politicians seek to claw back voting rights. Helping to fund, along with the non-profit Nest, the provision of a sophisticated online sales programme to allow artists direct access to consumers. Supporting the Freedom Quilting Bee Legacy, a revived programme and centre for quilters to work, teach, display and sell their textiles. And we decided to take things further, helping to connect Upstart Co-Lab to 22 members of the Association of Art Museum Directors, to lead a targeted conversation about redirecting some of the billions of dollars in their endowments to impact investing.

Our turn to impact investing led us most recently to a US$600,000 investment in the progressive apparel company Paskho, founded and helmed by visionary designer and entrepreneur Patrick Robinson. Paskho’s Community-Made™ line rethinks traditional manufacturing, personalising the makers of clothing and locating production pods in American communities that will benefit from job creation and the associated economic development.

Robinson made the decision to create a pod in Gee’s Bend, acknowledging not just the technical sophistication of the makers in that hamlet, but also the creative design ideas they could bring to his company. After purchasing the required manufacturing equipment, he began hiring local residents, who are now making dependable, year-round incomes for the first time. Which, in turn, led us to fund a shared prosperity study to help protect these new earners from unexpected income tax impact.

There is, for the very first time, a glimmer of hope that the much-vaunted artistic tradition of Gee’s Bend may have spawned ongoing, tangible benefits beyond the satisfaction of quilters seeing their work and the works of their relatives and ancestors hanging in leading art museums. Gee’s Bend’s long-awaited entry into the US economy, a century and a half after the Confederacy fell to Union troops, may be underway.

Souls Grown Deep is preparing to build on Paskho’s job creation with the provision of a cultural trail along the paved and unpaved roads of the unincorporated townships of Boykin and Alberta, Alabama, and through the whole Gee’s Bend community. The resultant cultural tourism should propel yet more investment in infrastructure and accompanying professional opportunities in the fields of hospitality and retail.

Upstart Co-Lab’s advice retooled Souls Grown Deep from a well-intentioned foundation into a change agent. The connections Upstart forged – with the inspiring charitable organisation Nest, with investment vehicles like NACP ETF and, most recently, with Paskho – put us on the road to a 360-degree approach to fulfilling our mission. And the powerful incentive to bring along with us others from the art world to free up billions for investment in ways consonant with the progressive values now championed by arts institutions across the United States and abroad. There will be bumps in the paved and dirt roads ahead, either in adherence to our values or in investment performance, but we are not turning back. 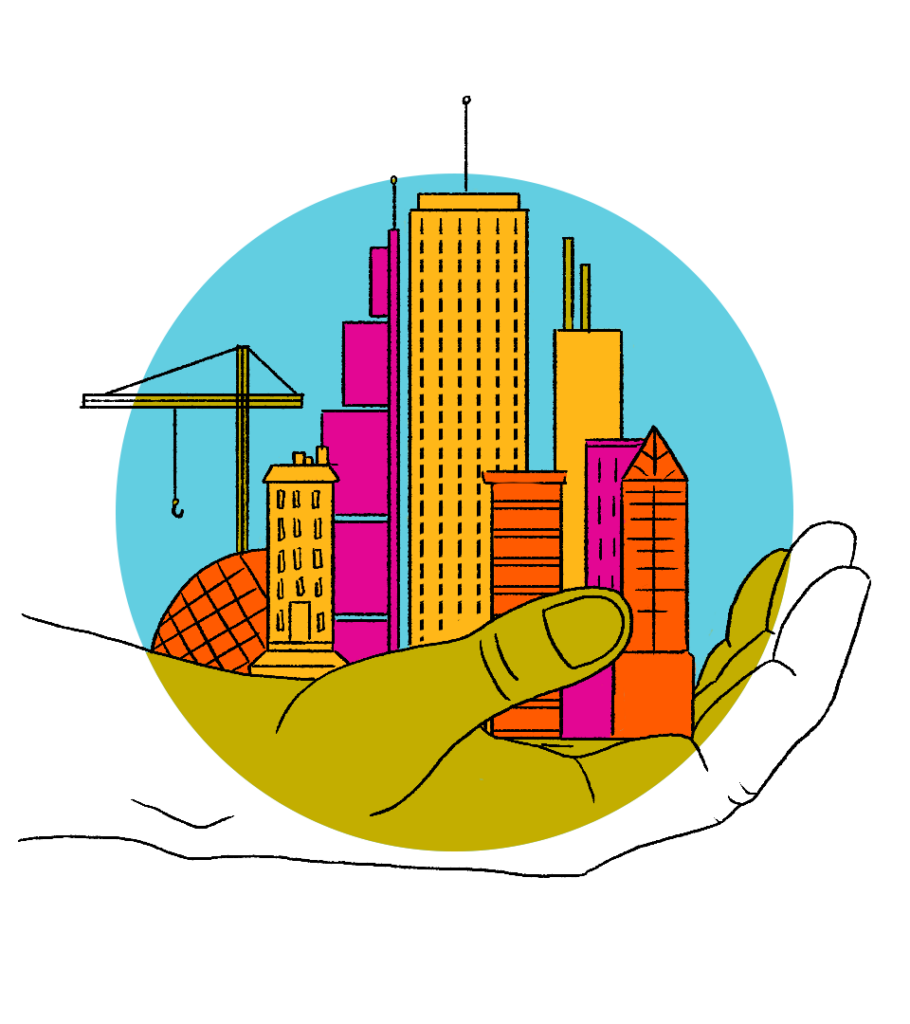