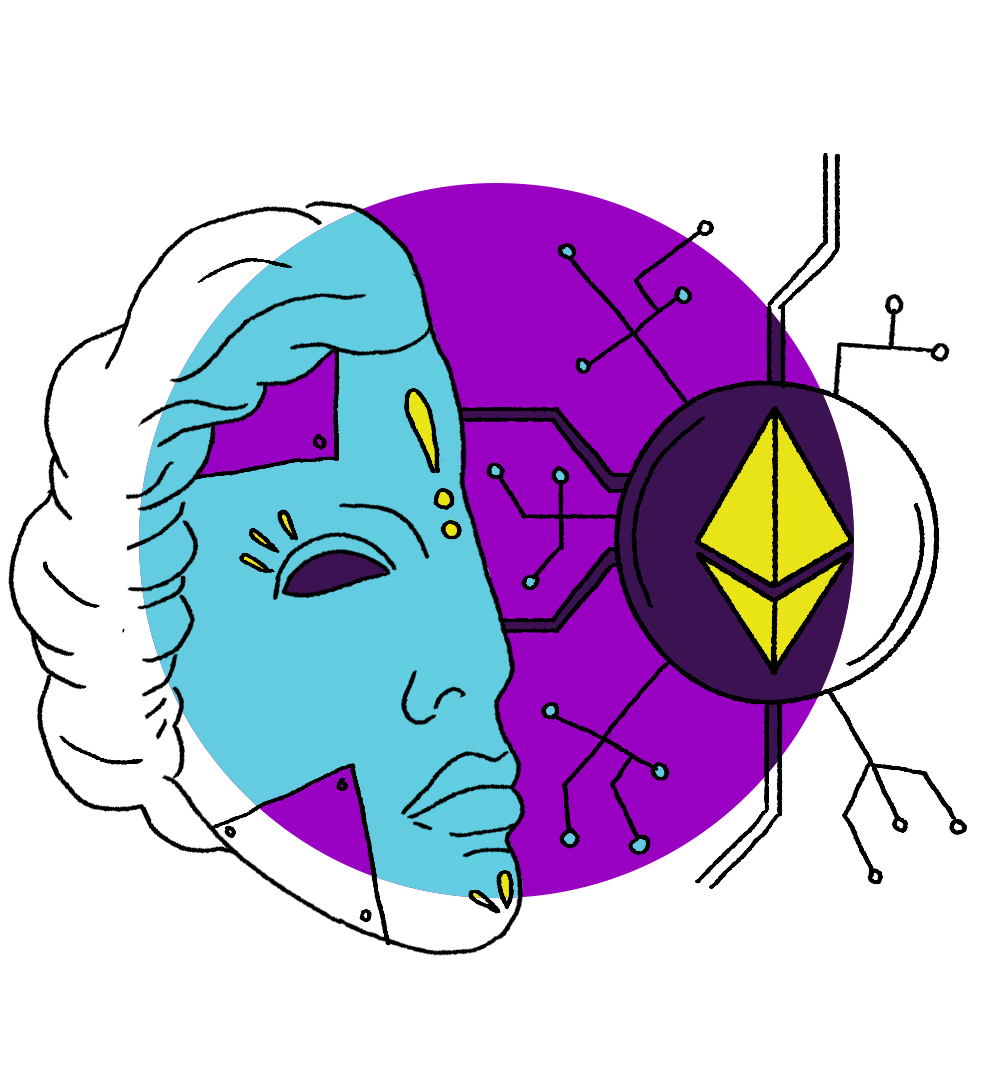 Xave Market is an NFT marketplace based on the Ethereum blockchain. Some time ago this would have had to be explained in advanced courses for computer developers. However, today these are terms that are being heard and understood by the general public, in particular younger audiences and the digital native community.

For those who are not yet familiar with the terminology, a non-fungible token (NFT) is technically a unit of data in a digital ledger in which each NFT represents a single item. NFTs implement blockchain technology to register ownership of an object and validate its authenticity. A blockchain is a single record, agreed on and distributed across several nodes of a network. When it is modified by adding a record, an exact copy of the chain is stored within all the network participants. This makes a blockchain practically inviolable and, above all, public, open and decentralised. This same technology is used by cryptocurrencies to record monetary transactions, but, unlike a digital currency, in which each unit is identical to the others and holds equal value, each NFT is unique and with a different value, and, therefore, not fungible.

NFTs can validate all forms of digital creation, from art and literary pieces to video game artefacts and soundtracks. Similar to notarial deeds, NFTs are proof of ownership of a digital object. Their use does not prevent a third party from accessing a copy of the article – just as a property deed does not prevent an intruder from entering a building. However, an NFT gives the owner of the original piece the technical means of proving ownership.

Before the introduction of NFTs, any digital artistic creation represented in any format (image, video, audio, text or even a tweet) lacked a transactional value because it could be copied and it was not possible to identify the original piece from its reproductions.

Blockchain technology not only allows the original piece to be identified, but also provides traceability of all the owners that the artistic work has had over the time since its creation. This places significant financial value on digital expressions in the NFT format. The possibility of identifying the true owner of a digital piece and assuring its traceability enables its authenticity to be certified and ensures that it is not possible to falsify the artwork, or resell it fraudulently. At the same time, the Smart Contract built into the NFT ensures that every time the artwork changes hands, 10% of the amount collected will go to the artist.

Xave Market was created with the purpose of giving digital artists from Latin America (and soon from Africa) the possibility of commercialising their digital work without intermediaries such as galleries, curators or art managers, enabling their artistic pieces to reach the entire world in real time without geographical limits. The transparency of the blockchain transactions allows funds to be credited directly to the artists’ bank accounts.

The distribution of digital art in NFT format provides a means of generating income for a growing range of artists and digital creators who would not otherwise  be able to commercialise their work. This is key, especially in the least developed countries, because it generates new jobs, benefiting a whole network of small entrepreneurs that play a role in the creation of NFTs as photographers, 3D animators, sound engineers, musicians and artists, moving from an informal economy to a formalisation of their activity. In this way, Xave is contributing to goal 8 of the UN’s Sustainable Development Goals, which is based on promoting productive activities, creating new jobs, and favouring entrepreneurship, creativity and innovation.

Xave Market was born from the union of two initiatives, Accesshoy and GoMusic, which had already been working in the creative economy, using technology to expand the opportunities and reimagine the channels of production, distribution and cultural consumption. From the beginning of the pandemic, Accesshoy had a strong impact on the performing arts (music, dance and theater), allowing artists to develop their work in new digital formats while complying with Covid-19 protocols and to transcend borders to reach the entire globe in the context of the total lockdown of the live performance scene.

Accesshoy is a ticketing software as a service (SaaS), created so that different platforms, cultural centres, museums, theatres, dance companies and concert producers from Argentina, Chile, Colombia, Uruguay, Mexico and Spain can market their tickets without intermediaries and receive the funds directly into their bank accounts, increasing the financing channels of performances by taking advantage of ticket presales.

Before the pandemic, Accesshoy had already been exploring how to cross the walls of venues, so that the audience was not limited only to the people physically present. As a result, when lockdowns were introduced, Accesshoy already had all the infrastructure to live stream artistic events and charge for tickets. Thanks to this technology, one of its platforms, Ticket Hoy, streamed some 600 live artistic events to 1.8 million people in the first 12 months of Covid-19, raising US$21 million for artists from Latin America. Alongside the shows, the platform generated new digital experiences, such as access to virtual sound checks and allowing the public to take part in the creative process of the artists by choosing part of the content of the shows they later accessed. Ticket Hoy was also used to broadcast free events that raised awareness about the context of Covid and culture, including the British Council’s digital Selector Pro music conference, the Billboard Festival Online, dance gala Danzar por la Paz for the benefit of UNICEF, ​​and some 150 events in the Ciudad Cultural Konex in Argentina.

Thanks to the urgent push out of the comfort zone that Covid-19 provided to Accesshoy, Go Music and much of the cultural industry, the creation of Xave Market turned out to be a natural step. Not only because we were able to generate the funds to invest in the development of this blockchain technology, but also because the network of platforms, the user base and the connections we had built with artists meant we had developed the necessary trust.

These initiatives – both the live streaming of events for the performing arts and the NFT marketplace for digital artists –  converge in the same purpose: to bring local cultural expression to the entire world, without geographical barriers, generating an open, accessible and decentralised market committed to an artistic expression that is valued, enjoyed, commercialised and disseminated in real time, generating new sources of local income. 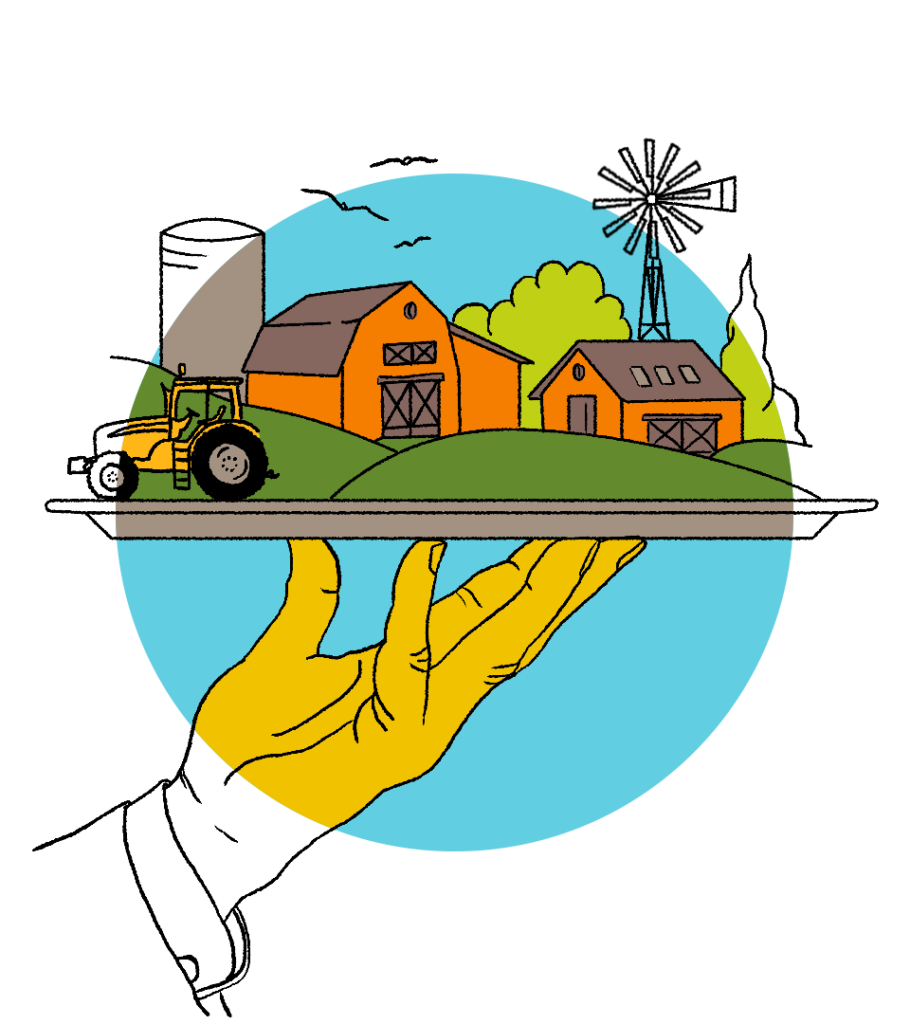 Democratising farm to table dining with partnerships, capital and patience