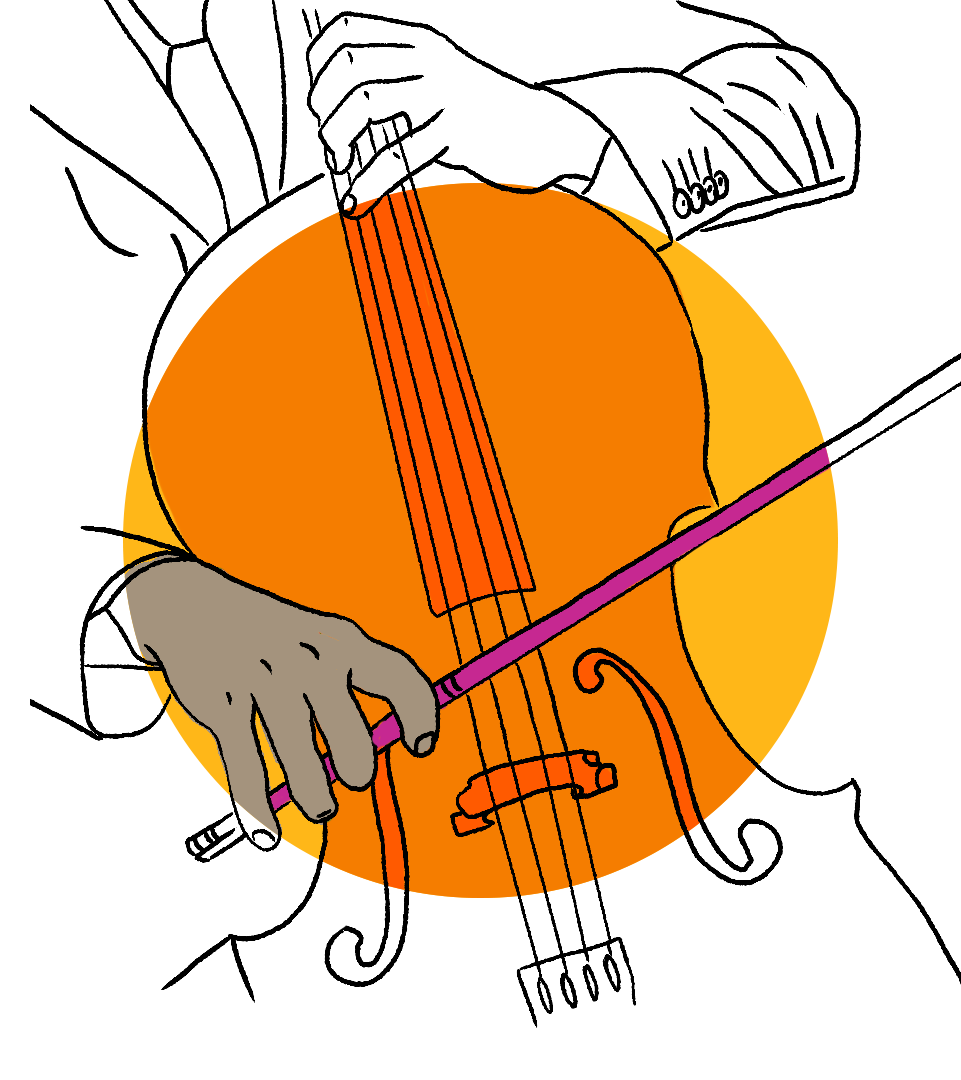 Culture connects us. This is something I have believed for my entire life, and I have been lucky to see the proof wherever I go. Whether it’s a composer, orchestra and audience creating communality through a huge work, or a simple song shared by a mother and child, culture is how we create meaning, find purpose, understand each other, experience wonder and construct new realities. That’s because culture not only contains the arts but also the humanities, the sciences, agriculture, medicine, design, cuisine – all the ways that we explore and create in order to survive and thrive. Culture is how human beings express truth, build trust and find the empathy to serve each other’s needs.

Culture’s creative ability to build connection and to help us imagine and build a better world is everywhere. Two years ago, I tried an experiment to explore this. I set out on a playing and listening tour, and brought with me with the music of J.S. Bach, a composer I view as a ‘scientist-artist,’ someone who was able to study humanity objectively but also to be totally empathetic. That quality comes through in his music and is a primary reason why people still connect with and through it, even people living 300 years after Bach and in very different cultures from his own. I thought that by playing this music for people all over the world and listening to them about what gives them meaning and purpose in life, we might be able to start a much bigger conversation about the vast number of ways in which culture connects us today. So, over 19 months and six continents, I played 27 concerts of Bach’s suites for solo cello, in indoor and outdoor venues where the biggest and most diverse audience possible could join me. Those concerts became the springboard for ‘days of action,’ events designed primarily by local partners and intended to spark a conversation about how people draw meaning and purposeful action from culture.

What did I learn? First, culture and creative work are having a positive impact on the most serious issues facing our society, and they’re doing so right now. We saw this everywhere. In Jakarta, we collaborated with the sustainable fashion enterprise SukkhaCitta, which is reviving traditional methods of dye cultivation and textile manufacturing in order to end the exploitation of women in the global fashion supply chain, sustain the environment, bring indigenous cultures into the formal economy, create jobs and keep traditions alive. In Montreal, we worked with Wapikoni, an organisation that fosters personal and professional growth through audiovisual creation for Indigenous Canadians and promotes the inclusion of their voices – and a tradition of ‘seven generation’ decision-making – in Canada’s future. In Athens, we partnered with Shedia (‘the raft’), Greece’s street paper, which also runs an upcycling programme, a bar and a restaurant, all staffed by employees who are homeless or living in poverty and have been empowered and trained by the organisation. And in Washington, DC, we finished the day of action at the Anacostia Art Center, a mixed-use space building Black equity through culture-focused businesses. In each of these places and many more, people are using culture and creative activity to create jobs, raise voices and build hope.

In the midst of so much inspiring work, though, I also learned that there is potential for much more impact. In Sydney, the day of action featured a social impact hackathon for Connections Australia, an app that helps new immigrants find the skills, jobs and communities that they need to thrive. It already serves thousands of new Australians, but roughly half a million arrive every year – and there were more than 270 million migrants globally in 2019. For another example, Nest, our global partner who connected us with local artists to create posters for each concert, works with over 200,000 ‘handworker’ artisans in over 100 countries to give local culture access to global markets. But globally the number of home-based handworkers may be in the hundreds of millions. Culture’s great strength is its human dimension, but that means that much of the impact we saw needs to be built one person at a time, and there is great potential to scale up good solutions.

To meet that potential, this work needs more support. Even though culture can produce great collective endeavours, it is grounded in our individual experience of the world; even though it can be powerfully global, it starts as something local. So unlike a government programme or a corporate initiative, culture’s ‘creative economy’ needs support from the bottom up to make those connections more likely. Many of the organisations we worked with were very successful locally but would need investment – of financial capital, or human resources, or public recognition – to reach a wider audience and eventually be part of global solutions.

As a society, we have no difficulty supporting the science side of culture. But science is most effective when it retains its human dimension – that is, when it is firmly situated as a cultural activity. To find the truth and understanding that serves humanity’s needs most effectively, we need both art and science to be at full strength and in collaboration with each other. It’s when the tactile and the invisible are both present in our thinking that we find meaning and purpose. So let’s invest in the rest of the creative economy with the same enthusiasm with which we invest in scientific impact, knowing it’s all part of the same, larger project: creating a better world for the generations to come.

J.S. Bach had the gift of seeing humanity very clearly, and his response to that knowledge was to write music of empathy and hope rather than of anger or despair. Wherever humans have gathered together, we have used our creative faculties to seek truth, to build trust and to serve one another. We continue to do so today, even in the most challenging circumstances. Culture’s power is in connection – it connects us to each other and to the world, helping us to know that if you hurt, I hurt. With that intrinsic strength and the right support, culture and creativity will continue to be the most powerful source of human solutions.

In consideration of craft: The promise at the base of the pyramid