Windows of opportunity: Inclusion through innovation in the Walled City, Lahore 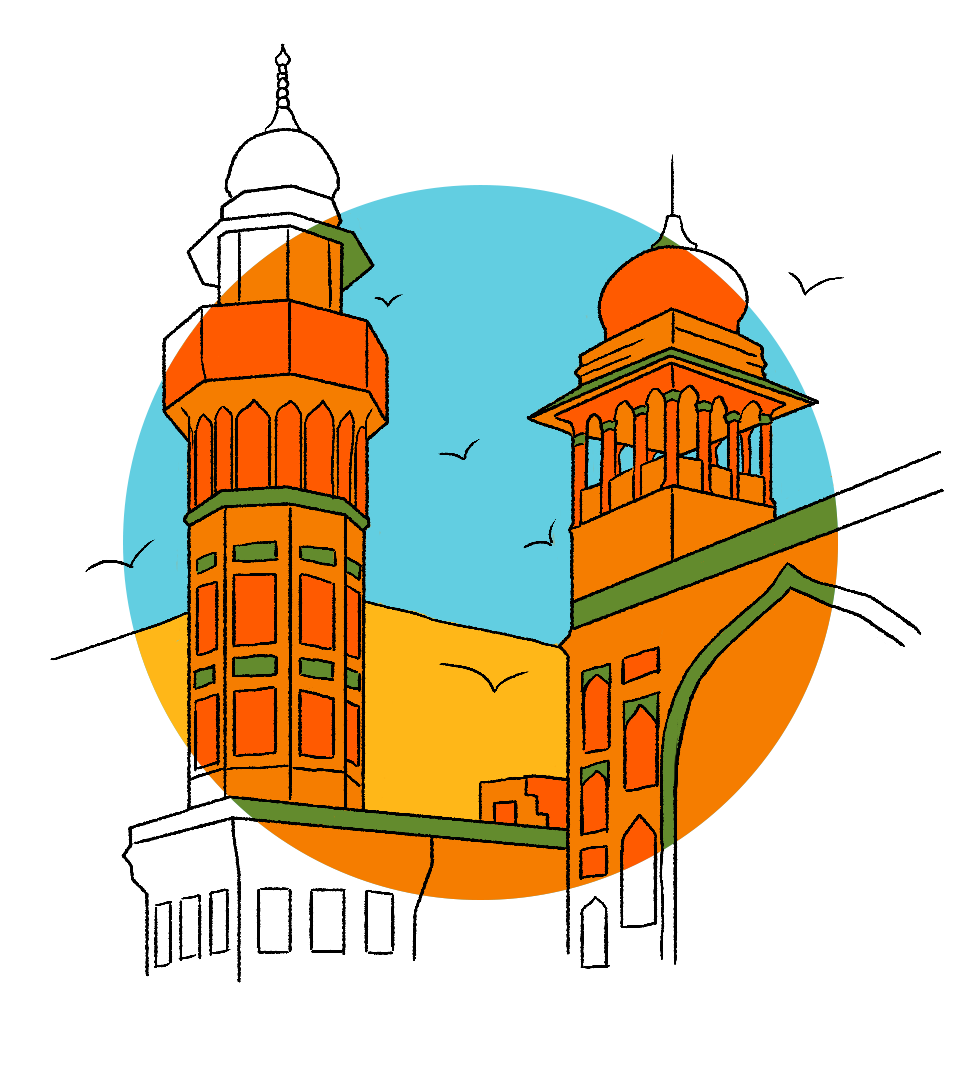 Sheherezade: The Walled City Anthology was an immersive curatorial project by Numaish-Karachi, which unfolded in the vibrant, lived Androon Sheher (Inner City) in the heart of Lahore, Pakistan. Located at the juncture of major travel routes, this thousand-year-old walled city within a city has been besieged and liberated, razed and rebuilt by several dynasties of rulers – Hindus, Sikhs, Afghans, Mughals, the British Raj – each leaving their cultural imprint. Like the legendary Sheherezade of One Thousand and One Nights, the Walled City has captivated people with its labyrinthine passages: at one turn, the Khalifa Manzil with a Star of David above its threshold; further down, the Alif Shah Haveli housing an imambargh (a Shi’a congregation hall) with its huge banyan tree and opening eventually into a mazaar or masjid (shrine or mosque).

Public art ventures increased in Pakistan in the 1990s. In 2015, Numaish-Karachi was established and began activating public heritage sites as inclusive urban retreats in the form of open-air studios, theatres, laboratories and playgrounds. Free of charge, these interventions have attracted over 150,000 visitors. Sheherezade, held in March 2019, was inspired by the historic spatial essence of Androon Sheher. Local and international participants included architects, artists and artisans, musicians, computer scientists, designers and digital innovators. They engaged the local community to rediscover stories, drawing from the city’s mythic environment – towering minarets embellished with frescoes and calligraphy, domed gates and arches that royal elephants used to navigate, cobbled streets that motorcycles now skitter across – to create over two dozen site-specific projects that fused the digital realm with Androon Sheher’s visual heritage.

Lahore attracts more cultural tourism than other Pakistani metropolises. Funding has spurred immense architectural conservation efforts since the 1980s, and local authorities have tapped into this, highlighting tangible heritage to feed the economy within the Walled City. However, ticketed events to fund and celebrate these efforts have risked alienating the local population.

Numaish-Karachi collaborated with governmental organisations, notably the Walled City Lahore Authority (WCLA), to stimulate the area’s diverse creative economy and increase democratic access to heritage. Sheherezade’s installations concentrated on dissolving perceived barriers between strata of society, between the private and public sectors, and between disciplines through a hyper-local approach that emphasised locally available materials and technologies, and by ensuring free access to the event.

Primary research included exploring the Walled City on foot and conducting interviews with residents and vendors, with photography, architectural renderings and drone footage enabling further perspectives. The Numaish core team, mainly hailing from Karachi and primarily women, made multiple trips to Lahore over a nine-month period. We found the inhabitants were more than willing to share their impressions and identify local partners: caretakers of the Wazir Khan Mosque, tour guides, carpenters, painters and printers.

The installations started at Delhi Gate, unfolded along the Royal Trail and culminated at the Wazir Khan Mosque Courtyard. This heritage site at the confluence of bazaars served as a hub for many of the projects, and others unspooled in radial arteries. In the courtyard, the Jharoka Pavilion, comprising 335 reflective steel modules, referenced the mirror mosaics of the Palace of Mirrors in the Lahore Fort. It is now a permanent installation at the fort. Disruption as Rapture, a 10-minute film by Shahzia Sikandar, was inspired by the visual-heavy 17th century manuscript Gulshan-i-Ishq (Garden of Love). The work epitomised the fusion of tradition and innovation: handmade miniature painting manifested through digital animation. Dan Hett’s The Measure of All Things was a large-scale digital artwork fusing authentic Islamic geometric patterns with cutting-edge algorithmic generation and was projected on buildings in Sabeel Wali Galli (Lane for Drinking Water). Both digital installations captivated crowds, who appreciated the artists’ reimagining of celebrated and distinctive heritage.

Galli Soorjan Singh hosted the Doodh Batti project. It was curated around an existing dhaba (tea stall), Doodh Batti being a play on doodh patti, a popular milky tea. A local electrician suspended four dozen ‘chandeliers’ – distinctive dhaba mugs welded together with battis (lightbulbs) inside – along the winding lane and in the alcove of the tea stall, transforming a familiar space into one demanding exploration even by its residents. The lights, along with other projects, were gifted to the local authorities and residents post-exhibition and continue to be used.

The success of these inclusive public events was indicated by a turnout of over 50,000 visitors. Despite our presence on the ground and liaison with local authorities and partners, the residents – many of whom were fourth generation – had to be reassured that the festival was primarily for them. We have learnt that similar ventures should involve residents in a more formal capacity, perhaps through an advisory board. Another observation was that since digital interventions functioned post-sunset, fewer attendees were women: this could be circumvented by projects aimed exclusively at women. Since the pandemic, Numaish-Karachi has curated digital projects to reimagine community engagement and participation in the absence of a tangible public realm. However, with internet accessibility rates of 30% in Pakistan, such approaches remain challenging.

Sheherezade demonstrated a collaborative framework that promoted co-creating with the community in familiar streets, shrines, residences – sites frequented by those who work and live in the Androon Sheher – to enable accessibility and inclusion. Projects received favourably included the renovation of a shrine by Hast-o-Neest, a Lahore-based traditional studies and arts group, who have continued to work in the area, demonstrating the networking opportunities presented by public space endeavours. Our framework has facilitated sustainable economic impact, with local authorities and grassroots collectives adapting this urban acupuncture model for continued creative interventions, including smaller public festivals that provide a platform for local artisans – particularly the indigenous music ecosystem. The Doodh Batti project was reinstalled in the renovated Galli Soorjan Singh in March 2021. The restoration venture went viral on social media and local news channels, and the WCLA has similarly refurbished 57 more streets. All these efforts facilitate local and international tourism that nurtures the local economy.

Most encouragingly, the Architecture-Design-Art Awards 2021 declared Sheherezade a winner in the Public Art Category ‘by virtue of the number of collaborators… [and its] extended notions of participation, agency and interaction beyond singular understandings of what the term public art has more commonly been associated with’.Thus, Sheherezade offered inhabitants of the Walled City an opportunity to rediscover their own stories within stories, in their city within a city.

Sheherezade was in collaboration with the Walled City Lahore Authority and MadLab (UK), and was funded by a Digital Heritage Grant awarded to Numaish-Karachi by the British Council. With thanks to the core team members: Misbah Azhar, Asmara Faiq, Umar Hameed, Umair Afzar Khan, Zoha Jabbar, Tahir Mahmood, Meher Malik and Ali Rizvi 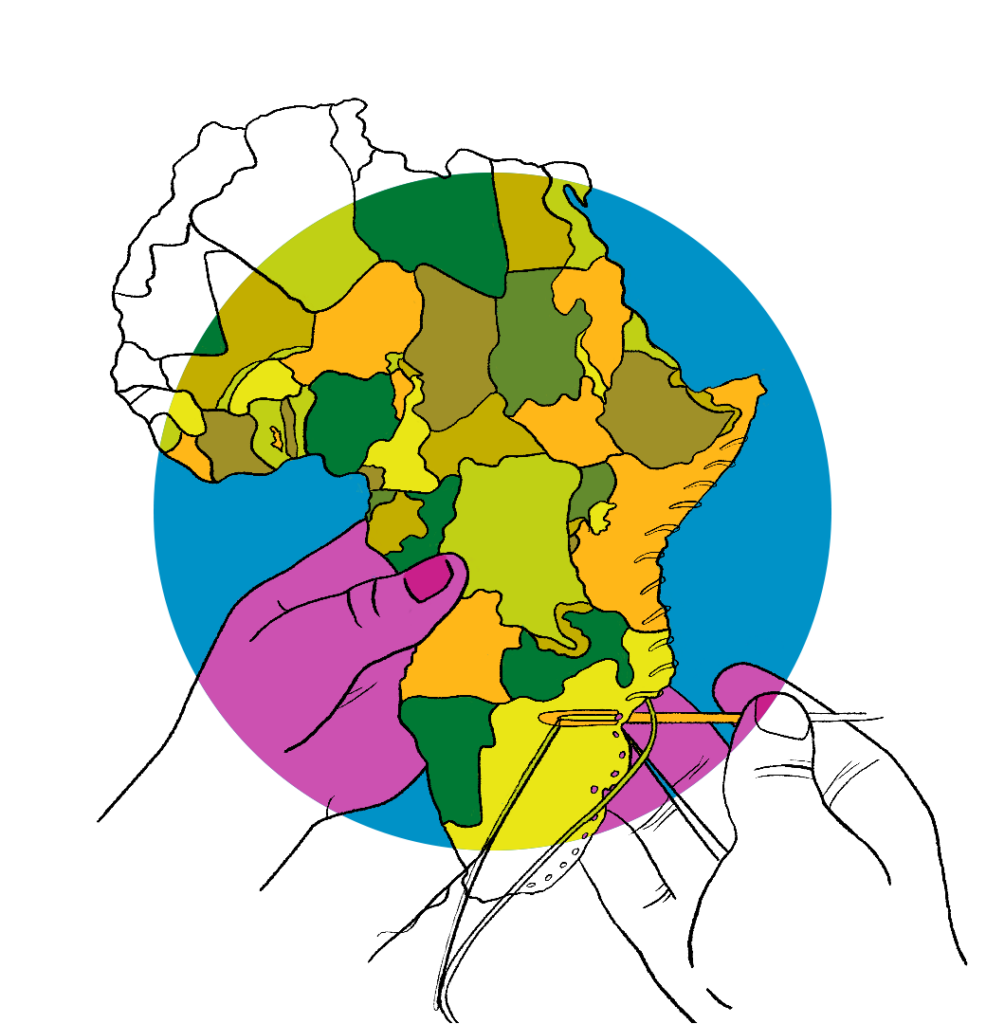 Financing for cultural and creative industries in Africa: Sustainable Solutions